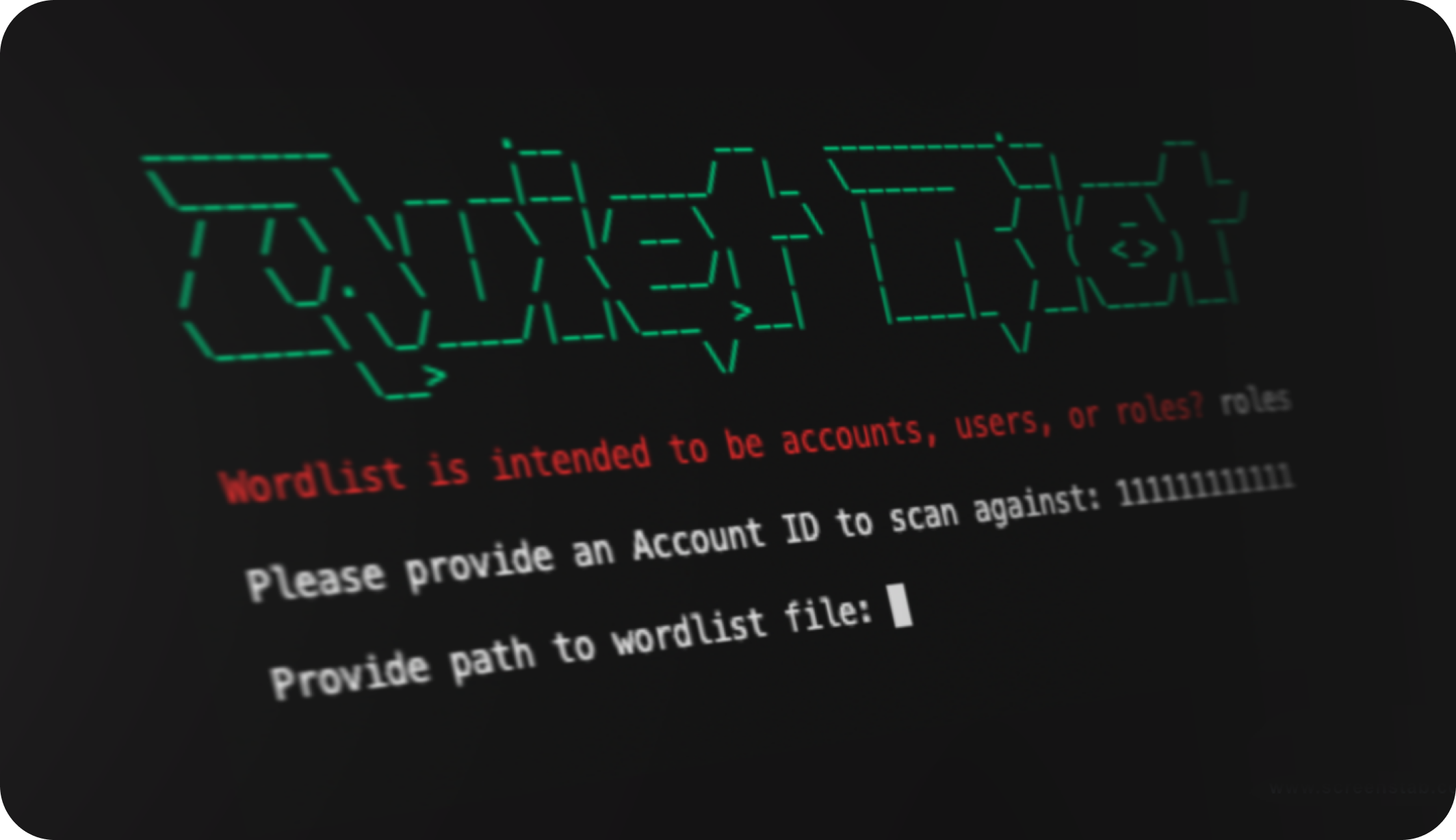 Today I am releasing Quiet Riot, an “unauthenticated” tool for enumeration of services, roles, and users in an AWS account or in every AWS account in existence.

Furthermore, AWS defines an IAM Principal as the following:

To determine the validity of a particular resource-based policy, the AWS IAM engine validates the form of a particular policy and critically, the validity of included AWS principals, at the time the policy is attached to the relevant resource. Many services that support such resource-based policies will throw an error for an invalid AWS principal in the policy. This means that a policy containing a single AWS principal can be used as a proxy to validate whether that principal exists or not….EVEN FOR ACCOUNTS THAT YOU DON’T OWN.

While AWS considers this capability a “feature”, I am curious to see what scale of featureploitation might change the perspective. To this end, I have developed an Offensive Security Tool (OST) to exploit this AWS feature for the maximum possible impact. Even this idea is not new. Will Bengston has previously suggested a similar technique. Seeing as how I haven’t found a tool that implements Will’s suggestion and I have limited software development experience, I decided to take the opportunity to hone my Python chops further.

To use Quiet Riot, once you clone the repository, you can run main.py as the entry-point (and with sufficient credentials available to the aws cli) to perform automated deployment of scanning infrastructure (SNS topic, ECR-Public repository, and ECR-Private repository) and initiate dictionary-attack scanning for Account IDs, roles, and users across AWS. On completion, the scanning tool writes the results to the results/ directory and deletes the associated infrastructure.

I have included the beginnings of a wordlists directory, but would invite pull requests geared towards including better wordlists. In particular, static vendor users and roles and AWS “service-linked” roles give strong insights into the services and platforms/applications that a particular AWS account has configured.

I have included a list of AWS Account IDs identified so far by the tool. Given that there are 1 trillion potential Account IDs, it is unlikely I will ever enumerate all of them…but that won’t stop me from trying. See progress on this topic (wordlists/provided_account_ids.txt).

Finally, I have included a wordlist (wordlists/service-roles.txt) that can be used specifically to identify what services are used or have been used in a given account. Often the hardest place to start for attackers is with determining the footprint of a given cloud environment…and AWS resources-based policy validation is here to help. The use of the following AWS services should be identifiable by the configuration of their associated “service-linked” role:

Author’s Note: While limited testing has been performed without incurring costs, the author takes no responsibility for costs incurred by running the tool.

This article is intended to serve as a “blue...